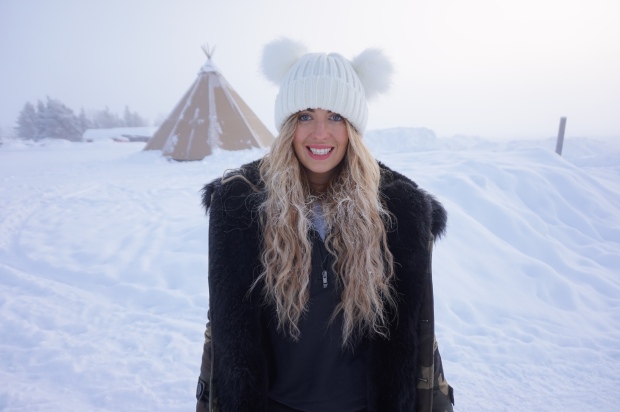 Every year Ice Hotels around the world are build then melt, but the Swedish were the first ones to create this palace made of snow. In the most northern town in Swede, Kiruna the first ice Hotel was built, offering customers the chance to sleep in beautifully created bedrooms made completely of ice and snow. This has sparked off a number of countries following suit including Iceland and Canada as well as Ice Bar’s popping up in a number of big cities. I visited the original in Sweden via Discover the World  to see whether it really was “Bucket List” worthy. 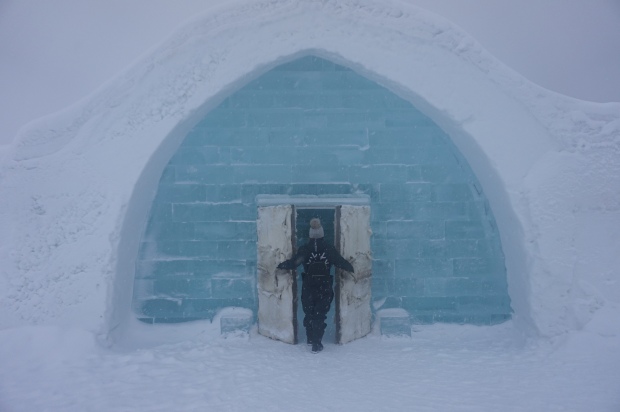 Discover the World are the only company to offer i direct from the UK to England, their #IceFlight is the most cost effective and easiest way to get to Kiruna, they also take take for booking your accommodation and excursions. The Hotel is only around 15 minutes via coach from the Airport but because I wanted to cram in as much as possible I booked for a dog sled to take us to the Hotel. Opting for this was a great way to fit the Dog’s in but was a harsh way to get used to the cold! Although i don’t think I could have done all of the activities we did with out taking the Dog Sled ride so early I think if i were to go back i would have rather opted for a dog sled during the day also, to make the most of the scenery. 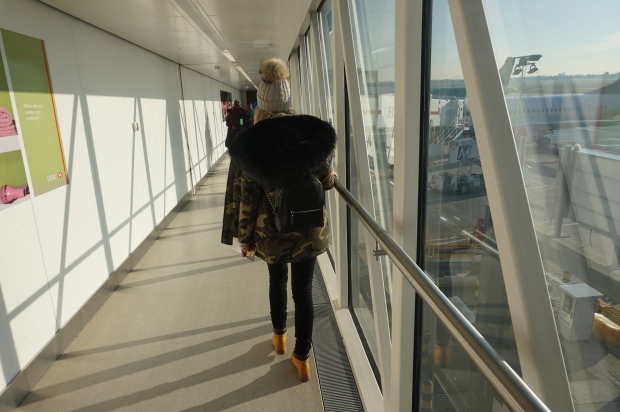 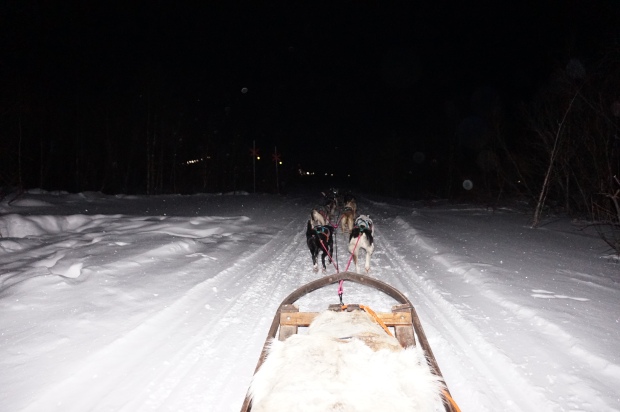 The Hotel is a masterpiece in its self, every ice filled corridor is magnificent, the bar is a destination in its own right and a each Art Suit is its own individual piece of ice crafted art. The rooms are all open during the day for you to look in and take photos and the Ice Bar opens from 12 pm until 1 am. 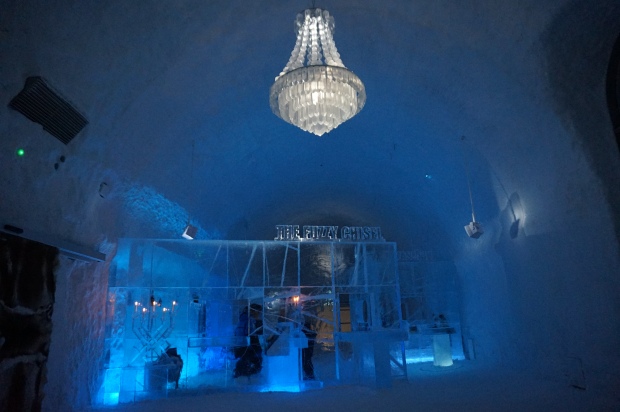 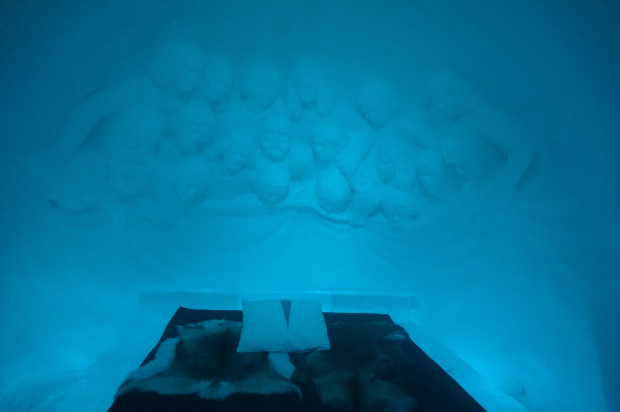 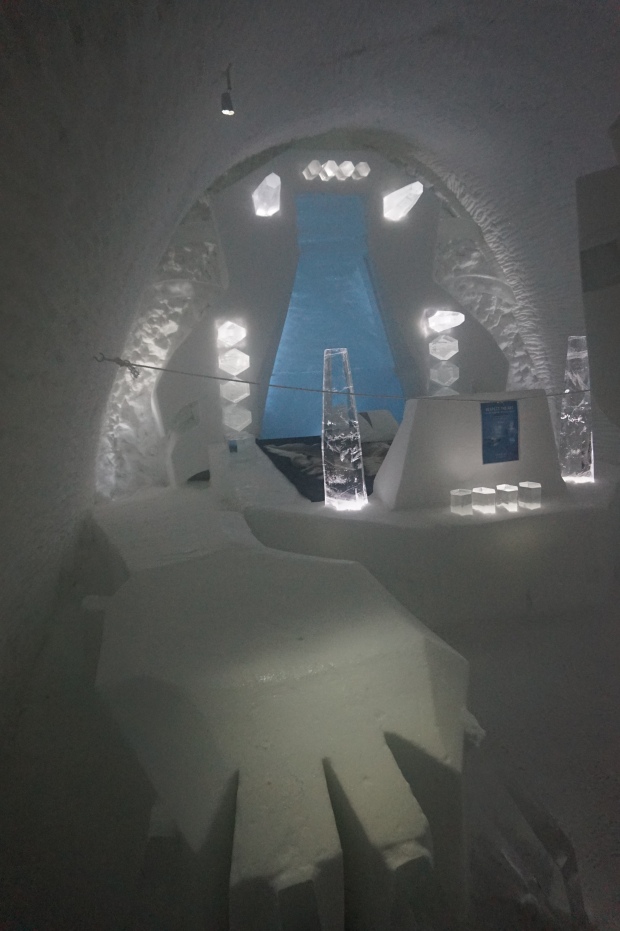 The whole point of the Ice Hotel is to sleep in one of their Cold Rooms and yes they are really that cold, our cold room night was around -8! There are a wide range of rooms in the thanks to the new Ice Hotel 365 as well as the original Ice Hotel 27. The Ice Hotel 365 is a new concept and allows the Bar and some Cold Rooms to be available all year round and the 27 is the original which will still melt and be re built every year. 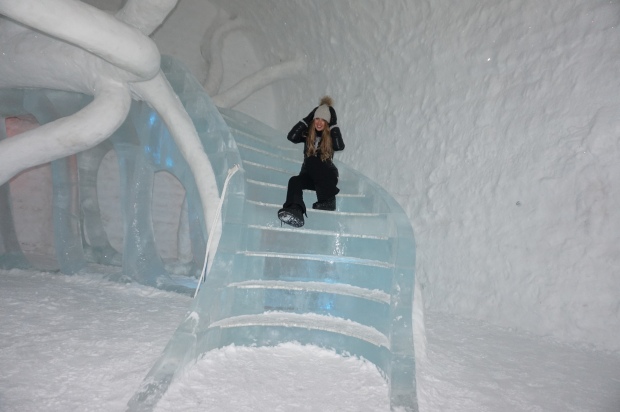 There are different rooms depending on your budget, although each room is special an Art Suite will definitely make your stay a little more memorable. If you really are worried about the cold there are Deluxe Art Suites which have a private warm area with a toilet and shower attached to the room. Although I didn’t opt for a Deluxe Art Suite I was extremely lucky and scored “Dreamscape” an ice bed at the top of a magnificent staircase which was worth having a shared (sex separated) toilet and shower. 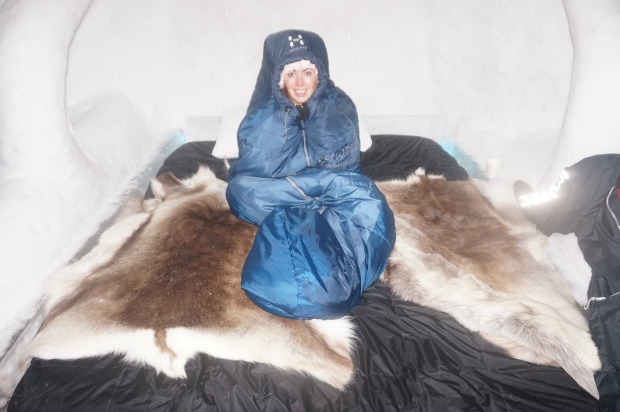 The best way to make sure you get the most out of your Cold Room is to plan a to keep warm a couple of hours before going in, this could be going for a meal in a restaurant or visiting the warm bar. To sleep i wore thermal trousers, long sleeved top, thin gloves, ski socks and a hat, although I wasn’t cold and slept fine, I wish I had put a thicker jumper on.

The food at the Ice Hotel is amazing, each day there is a full breakfast buffet and in the evening there is a choice of the Ice Restaurant and the Old Homestead which is around a 10 minute walk away from the Hotel. Most excursions include food also, usually served round a fire or in a small cabin. 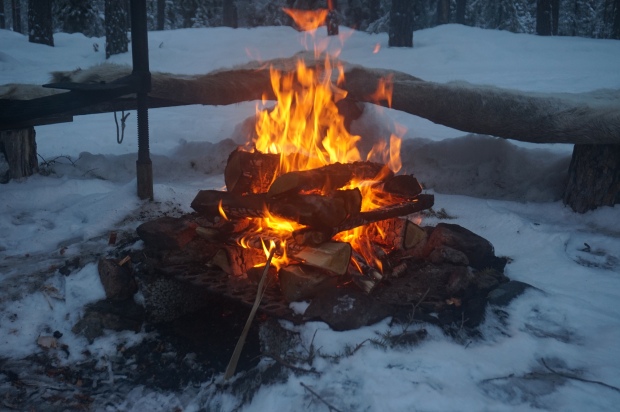 We experienced the Chef’s table on our first night which is an 8 course tasting menu served in the kitchen. The menu included all the Arctic favourites such as Elk, Reindeer and Arctic Char as well as a trio of the most delicious deserts. It was quite strange at first but the staff were so lovely I soon felt relaxed and it was great to see the hustle and bustle of the kitchen while you ate. 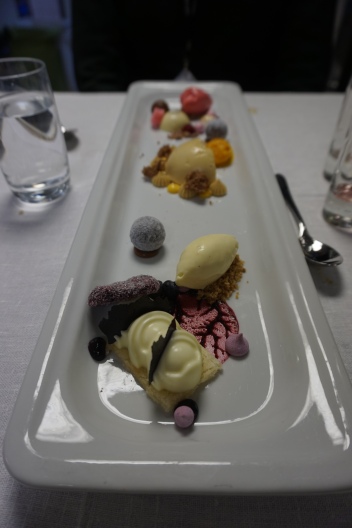 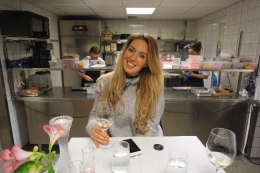 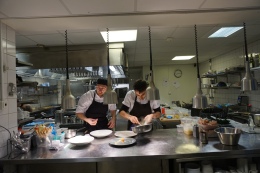 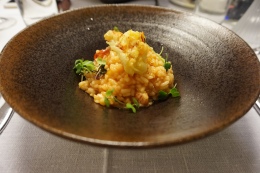 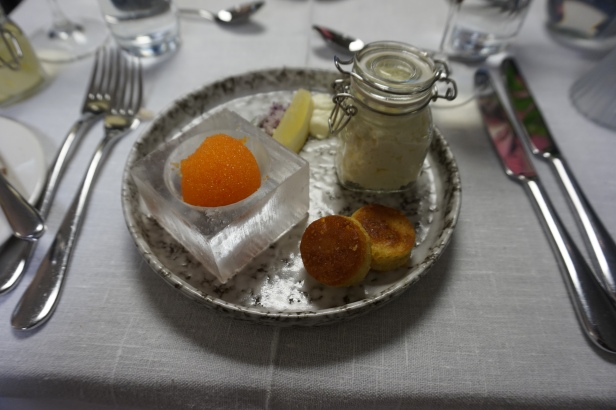 The excursion list is huge but you can do as little or as much as you like. When booking your excursions make sure you look at the start and finish times, whether food is served and consider the cold. Discover the World can help you pick excursions but they wont know how much you can stand the cold. Its best to make sure you have time to warm up between excursions and over dress for excursions. Having a back pack with an extra balaclava, dry gloves and an extra layer will never be a bad decision. 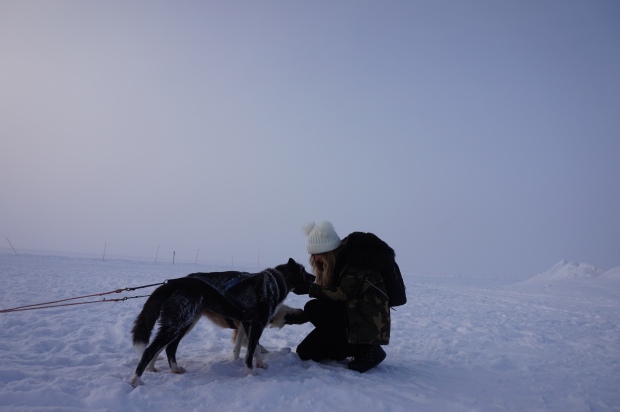 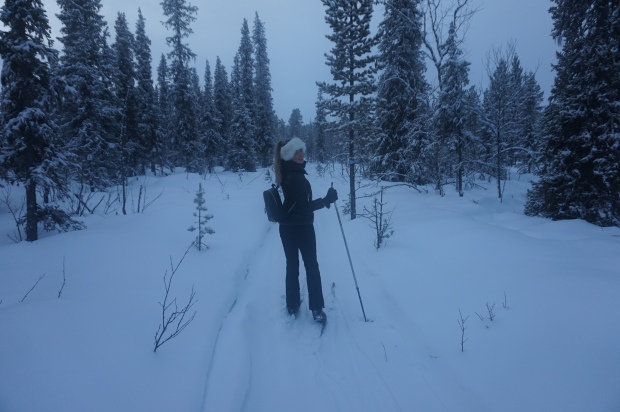 I did the Dog Sled, Wilderness Survival, Snow Mobile Northern Lights Tour, Cross Country Skiing and Sauna Ritual. If i could have I would have also either gone on the Horseback Moose Safari or went to see the Remainders but I couldn’t have fit one more thing in! 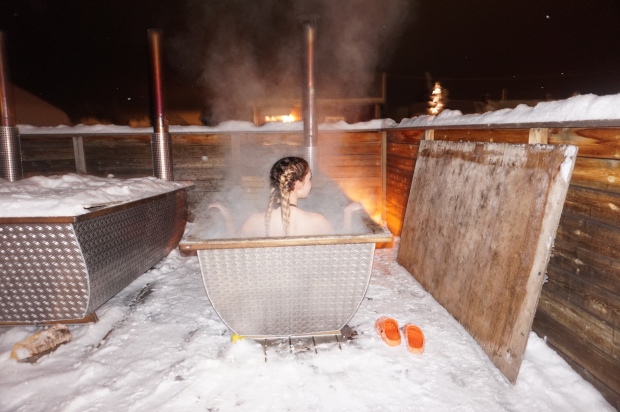 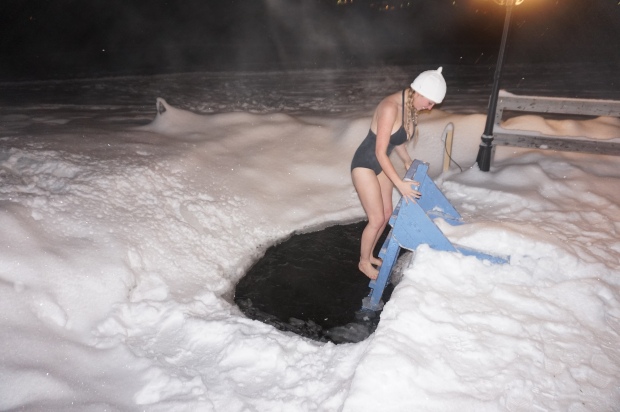 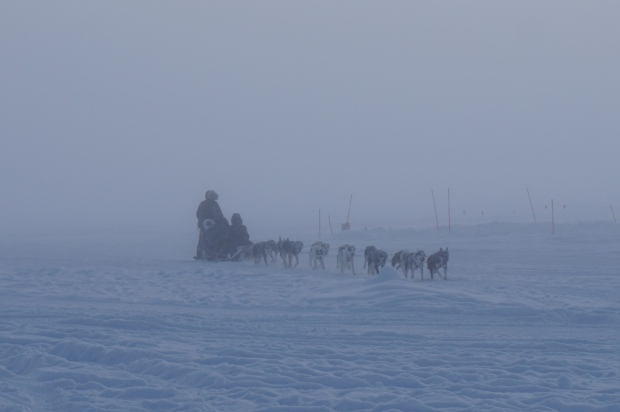 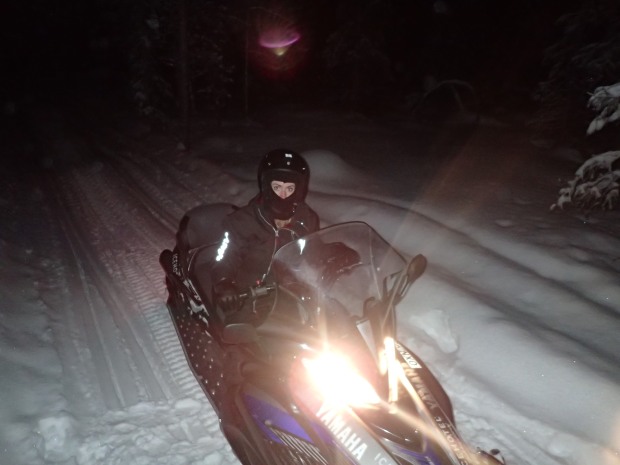 The Ice Hotel is one of the most memorable experiences I’ve had to date and worth every penny. If it isn’t already on your Bucket List it needs to be! 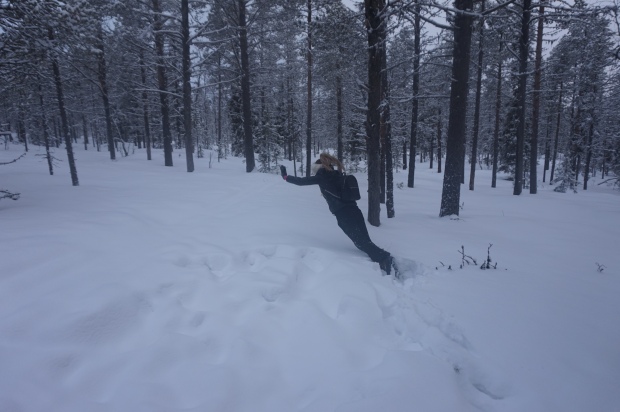 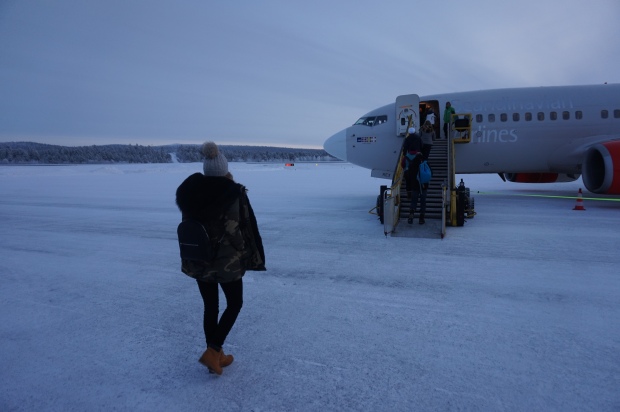 Follow my blog for style, travel and beauty tips and reviews.