New York is the city that never sleeps so you need to pack your nights with as much fun as you do during the day. These are some of the things I did on my recent trip to NYC and I would recommend you try to squish in as many as possible. I’ve also added some tips to make the most out of your trip saving as much as possible!

See a show!!! – A show in New York is a must! If theatre isn’t really your thing usually there will be something on in New York which will bring out your theatrical side. I personally would thoroughly recommend Matilda, Kinky Boots, Wicked and Book of Mormon (only if you aren’t easily offended). These shows are the big hitters on Broadway and therefore come with a big price tag for tickets costing around $100 – $200 per ticket. For huge discounts on these shows and loads more you need to plan a trip to your closest TKTS Box Office. Under those iconic red steps in Times Square is the biggest TKTS Box Office with discounted tickets for loads of shows, discounts range between 20% – 50% so you can grab yourself a bargain. If you buy your tickets from TKTS you are also supporting a non profit organisations, the Theatre Development Fund so its win win! You need to get there just before the office opens and be prepared to queue, the queue moves fast and its definitely worth it. For more information https://www.tdf.org/ is the place to be.

If you are relaxed about what you see and the big names don’t draw you in don’t be afraid to see something off Broadway. The small intimate theatre’s and small casts create a really personal experience. I went to see Newsical at the Kirk Theatre and laughed from start to finish. 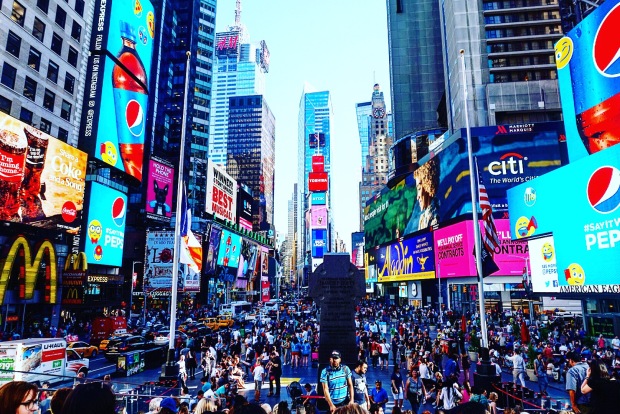 Take me out to the Ball Game – A Baseball game is an amazing way to spend an evening, perfect for summer evenings. The food drinks and atmosphere are so good and even if you don’t normally enjoy sports there are fun games and entertainment on in between innings. I wouldn’t say there was any need to pre book your seats before your trip unless you really want to be close to the action, teams play against each other for a few nights in a row so I would recommend keeping an eye on StubHub and grab some bargain seats a couple of days before you plan to go. 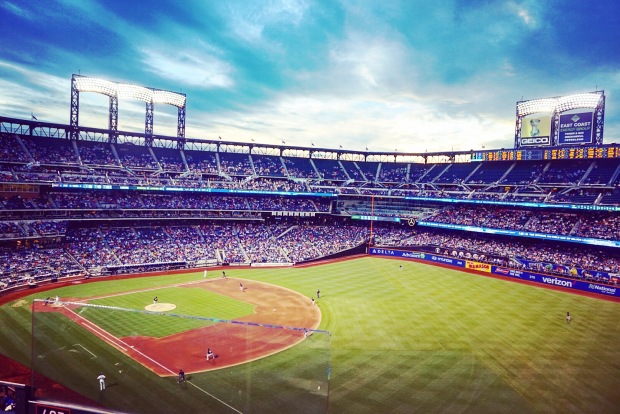 Soho Nights – SoHo was my favourite place to go out on a evening, the atmosphere is so cool and the bars are relatively close to each other. New York is known for having the coolest spots in the most unlikely places including some bars which don’t even have sign and one which is hidden inside a Five Guys (apparently) so be prepared to give small low key bars a chance and explore this sneaky underground scene. If you are going to be eating in SoHo you have to go to The Mercer Kitchen, amazing food, cocktails and wine in a cool cellar venue and the perfect pre drinks meeting place is just up the road on the corner of Crosby Street, Back Forty West.

Comedy Show – Times Square will be full of people selling you Comedy Show tickets, I have always thought these were a little cheesy and never appealed to me. They also aren’t cheap, especially when you find out about the Comedy Cellar. The Comedy Cellar in Greenwich Village is a famous venue and the starting place for some huge Comics, the walls are full of pictures of huge stars performing in this intimate little venue. Tickets are only around $12 – $14 dollars on weeknight and go up for $20 – $24 on a weekend. Big groups can’t sit together so if you are bigger than a party of 8 then make two bookings.

When I was there we saw a range of up and coming comics and then when we thought it was over they announced that a surprise guest had came down to perform, Craig Robinson (aka Daryl from the US Office and Nick from Hot Tub Time Machine) walked on stage, he did a hilarious musical performance and left the night on the high. Anything can happen at the Comedy Cellar and you never know who will walk in, for $12 its an amazing and bargain night!

Roof Top Bars – New York is full of amazing roof top venues there are so many but you need to match the venue to your style or the kind of night you are planning. For amazing views I would recommend 230 Fifth in central Manhattan, you get a perfect views of the Empire State. If you are looking for a more chilled experience then you have to go to the Meatpacking District, there are loads of cool beer gardens and roof top venues, my favourite was Brass Monkey which was a cute roof top garden. Next door to Brass Monkey is an authentic German beer garden, The Standard Biergarten, serving every beer you can imagine and playing sports on huge screens. There is something to suit everyone! 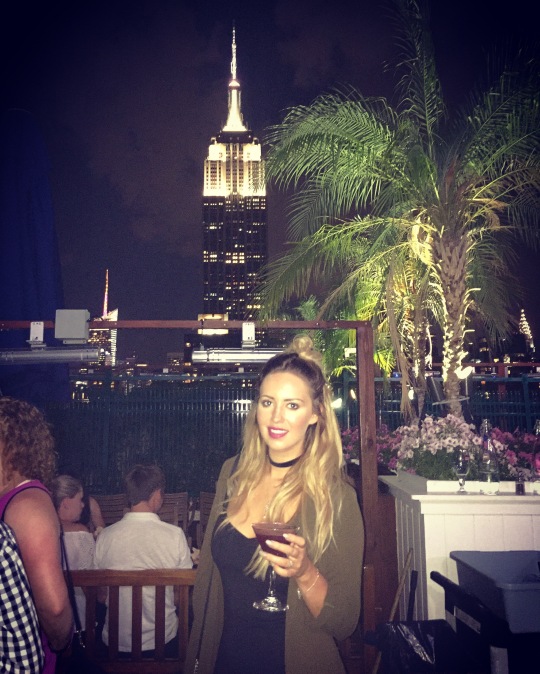 Make the most of your trip!

Follow my blog for style, travel and beauty tips and reviews.